Presented by Sébastien Couasnon (journalist at BFM Business), the 2 ½ hour forum illustrated and recreated on stage the four main values and strengths of the eight IRTs, research operators fully and sustainably present in their territorial ecosystems:

Signature of an agreement between Instituts Carnot and IRTs

The forum was especially remarkable for the signature of a partnership agreement between IRTs and Instituts Carnot to give impetus to public-private R&D supporting companies’ capacity to meet the big technological and social challenges of our globalized economy.

“The actions of Carnot Filières are open to IRTs: industry all over France can find an Institut Carnot or an IRT to help it. We want to do more for our industry, together”,  explained Marie-Noëlle Séméria, Chairman of the Association of instituts Carnot.

Announcement of the trademark FIT, French Institutes of Technology

Discover the video of the 8 IRTs:

The annual meeting was marked by several high points: key actors in French research and innovation went on stage to successively present the wealth of research in the IRTs.

To begin, Thierry Mandon, Secretary of State for Higher Education and Research, underlined the major importance of innovation, which is essential for France in a competitive world, and which is contributed by the IRTs. Grégoire de Lasteyrie, the Mayor of Palaiseau and regional councilor for the Île-de-France region, then praised the work accomplished by all the IRTs, with their structure enabling innovation to combine with creativity.

Another high point of the 2016 Forum was the keynote speech by Gilles Babinet (entrepreneur and Digital Champion, representing France at the European Commission on the topic of digital challenges). He shared his vision of industrial digitization and underlined the need to compare cultures and technologies to create breakthrough innovations. He noted that the IRTs made this comparison possible because they thought laterally.

It was Louis Schweitzer (Head of French investment) who concluded the event, not least by announcing that the IRTs would continue to receive state (CGI) funding until 2030. He also re-iterated the State’s confidence in the IRTs, “acknowledged players in innovation, and something to be proud of”.

The four values of the IRTs on the podium

This annual meeting was also marked by comments and feedback by the partners of the IRTs who underlined the four values of the FIT Association.

Thierry Thomas, Director of the Safran additive manufacturing skills center, presented a joint research project carried out with four IRTs: Jules Verne, M2P, Saint Exupéry and SystemX. Among other things, Thierry Thomas highlighted the IRTs’ capacity to work in teams with other structures, on an additive manufacturing project, and contributing their many ideas and highly diverse skills.
A round table on creativity was then held with four IRT partners: Muriel Barnéoud (Docapost), Stéphane Caro (CNRS), Emmanuelle Garnaud Gamache (B<>Com) and Éric Papon (Université de Bordeaux). Their feedback revealed the IRTs’ capacity to offer new experiences and new creative vision to re-shuffle the cards.

During the round table, Muriel Barnéoud recalled the collaboration between IRT SystemX and Docapost on IoT (Internet of Things). She noted that the IRT enabled links to be forged between industry and user, owing to the pluridisciplinary assistance it contributed to Docapost.

The round table was followed by comments by four other partners, concerning the agility of IRTs. Guillaume Arthuis (BBright), Coralie Héritier (IDnomic), Laurent-Frédéric Ducreux (Bag-Era) and Alexandre Pachot (Biomérieux) demonstrated that IRTs are “agile, reactive tools, accelerating innovation”. Coralie Héritier gave feedback on the collaboration between IDnomic and SystemX, which boosted her company’s innovation and opened up new market prospects. 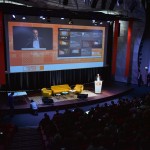 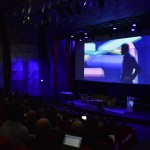 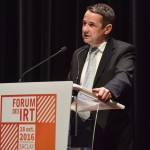 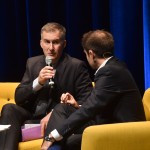 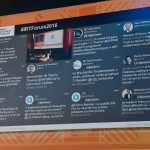 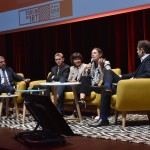 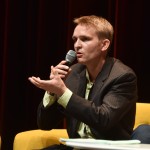 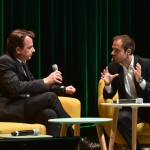 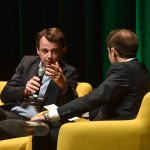 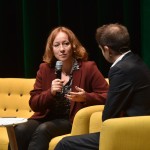 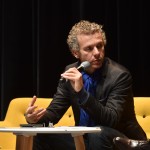 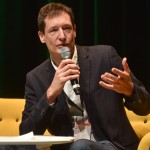 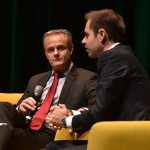 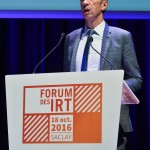 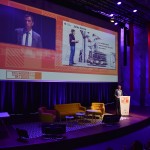 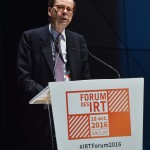