Despite their unprecedented performances when trained on large-scale labeled data, deep networks are seriously challenged when dealing with novel (unseen) tasks and/or limited labeled instances. This generalization challenge occurs in a breadth of real scenarios and applications. In contrast, humans can learn new tasks easily from a handful of examples, by leveraging prior experience and context. Few-shot learning attempts to bridge this gap, and has recently triggered substantial research efforts. This  talk discusses recent developments in the general, wide-interest subject of learning with very limited supervision. Specifically, I will discuss state-of-the-art models, which leverage unlabeled data with priors, and connect them under a unifying regularization perspective. Furthermore, I will highlight recent results, which point to important limitations of the standard few-shot benchmarks, and question the progress made by an abundant recent few-shot literature, mostly based on convoluted meta-learning strategies. Classical and simple losses, such as information-theoretic or graph regularization, well-established in clustering and semi-supervised learning, achieve outstanding performances. 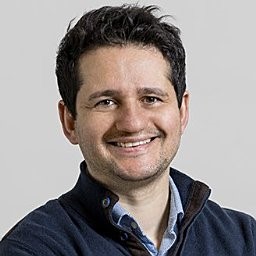 Ismail Ben Ayed is currently Full Professor at the ETS Montreal, where he holds a research Chair on Artificial Intelligence in Medical Imaging. He is also affiliated with the University of Montreal Hospital Research Centre (CRCHUM). His interests are in computer vision, machine learning, optimization and medical image analysis algorithms. Ismail authored over 100 fully peer-reviewed papers, mostly published in the top venues of those areas, along with 2 books and 7 US patents.  In the recent years, he gave over 30 invited talks, including 5 tutorials at flagship conferences (MICCAI and ISBI). His research has been covered in several visible media outlets, such as Radio Canada (CBC), Quebec Science Magazine and Canal du Savoir. His research team received several recent distinctions, such as the MIDL’21 best paper award and several top-ranking positions in internationally visible contests. Ismail has served as Program Chair for MIDL’20 and regularly as Area Chair for the MICCAI and MIDL conferences. Also, he serves regularly as reviewer for the main scientific journals of his field, and was selected several times among the top reviewers of prestigious conferences (such as CVPR’21, NeurIPS’20 and CVPR’15).